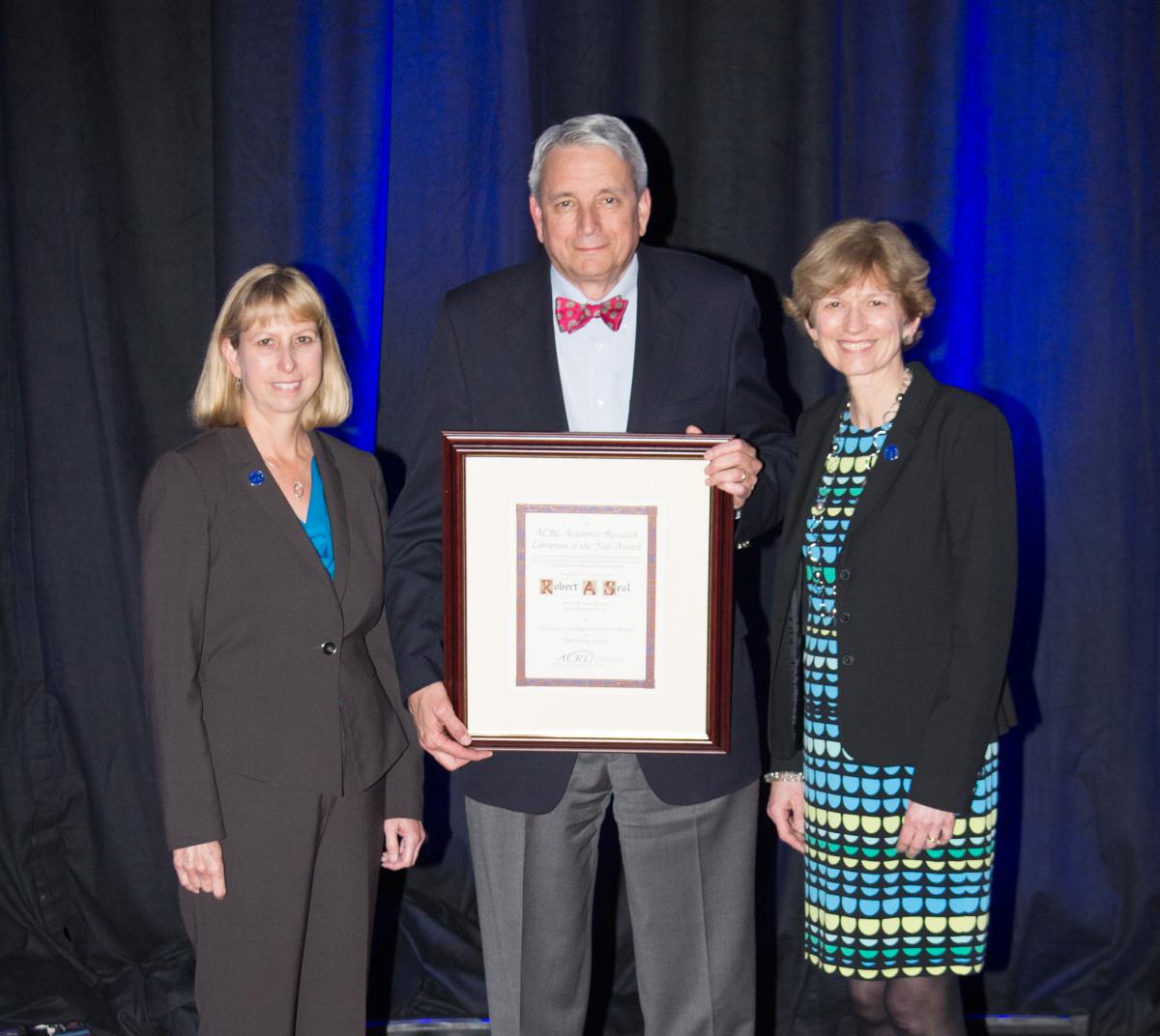 2015 Recipient of ACRL's Academic/Research Librarian of the Year Award

Thank you, Karen and John, and good afternoon everyone. In the fall of 1967 as I was climbing the stairs of Deering Library at Northwestern University to study between classes, I noticed a sign on the bulletin board asking for students to shelve books for $1.40 an hour. As a sophomore I needed a part-time job to have some spending money so I inquired at the circulation desk and was directed to the librarian in charge of Circulation and the Stacks for an interview. I must have said the right things because I got the job, shelving books and shelf reading 10 hours a week in the Deering Stacks. I never thought at the time that I would become a librarian five years later and never dreamed that I would receive such a splendid award from ACRL.

I was speechless when Karen Williams called me with the news in early February. I knew I had been nominated for this honor but never thought for a moment that I would be selected. I was then and still am humbled by, honored with, and grateful for the Committee’s selection. This is surely the most significant honor someone in the field of academic librarianship can receive and I am truly flattered and thrilled with the award.

Any success I’ve had is due to the help of many colleagues, friends, and family members who have supported and mentored me over my 42+ year career. Without them, I wouldn’t be standing here today. I especially want to thank my wife Adela who for more than 43 years not only endured library school with me but put up with my frequent travel to meetings and long nights at the computer. She is still my best friend.

I sincerely thank my colleagues at Loyola University Chicago for nominating me and getting letters of support: Fred Barnhart, Anne Reuland, and Jennifer Jacobs. They are a fantastic, talented administrative team! I am blessed to be their colleague.

I’ve had many mentors in my career but I particularly want to mention Ray Frantz and Kendon Stubbs of the University of Virginia who in 1976 gave me my first administrative position and who were great role models. I also want to thank Sul Lee of the University of Oklahoma who gave me a chance in 1981 to prove that I could be successful in library administration and who later encouraged me to take my first director position at the University of Texas, El Paso. I now have a fantastic job as dean at Loyola University Chicago working with some truly wonderful people, several of whom are here today to share in my happiness.

Thanks, of course, go to Tyrone Cannon, Chair, and all the members of the award committee for their hard work in considering all the nominees. When I look at the list of past winners, I am truly honored to be in their company.

Thank you also to the ACRL staff: Mary Ellen Davis, Chase Ollis, and Tory Ondrla for all their help with my stay in Portland and PR related to my selection.

And last, but certainly not least, I sincerely thank John Elliott and YBP for sponsoring the Academic/Research Librarian of the Year Award. Their support illustrates so well the company’s strong commitment to academic librarianship and what we do for our patrons.

I wish all of you a wonderful conference experience. In my career, ACRL has always been among the best meetings I’ve attended and this 75th anniversary conference will be the best ever.

Thank you very much.